How Digital Innovation is Bridging the Gap to GBV Response

“Hello! You have called the Orange Support Centre (OSC). How may I help You?’ says Michel Makafui Vogzogbe, a volunteer at the centre.

Makafui proceeds to talk with the caller for a few minutes, offering a listening ear, guidance, and advice.

“We receive calls from people all over the country who have been through Sexual and Gender-Based Violence (SGBV); it could be physical, psychological, or sexual abuse. We listen to them and offer various medical, psychosocial and legal support,” Makafui says.

There has been an increase in domestic violence cases due to the COVID-19 pandemic and its restrictions. According to 2021 statistics from UNICEF, 22 per cent of adolescent girls aged 15 to 19 years old have suffered sexual abuse in the past 12 months; the same group is also four times more likely to experience violence than those above 19 years; women and girls are likely to experience up to 3.7 times more, domestic violence than at other times.

The OSC is an innovation born out of a collaboration between the United Nations Population Fund (UNFPA) and the Domestic Violence Secretariat (DVS) of the Ministry of Gender, Children and Social Protection (MoGCSP).

The Center leverages technology to establish an integrated support system for SGBV victims and survivors to ensure a more comprehensive and coordinated approach to addressing the needs of the survivors.

The 24-hour facility, which opened in March 2021, has created a safe avenue for survivors of SGBV to receive timely, coordinated, and reliable assistance. At the Centre, GBV survivors can receive counselling, access free legal services, referral to emergency shelters, and advice on sexual and reproductive health and rights (SRHR).

The OSC services are accessible to clients through different communication platforms.

Toll-Free Number: The helpline (0800-111-222) is available for persons who need to report cases of abuse or get information about sexual and gender-based violence and domestic violence. They can also call the line to get support for themselves or others facing any form of abuse.

Walk-Ins: Individuals can also walk into the Center and ask for support and access services. Their details are recorded before they receive services.

BOAME App: This is a mobile application, and it is currently available on the Google play store. The App provides information on sexual and gender-based violence, allows individuals to report cases, access support services, and primarily targets young people. 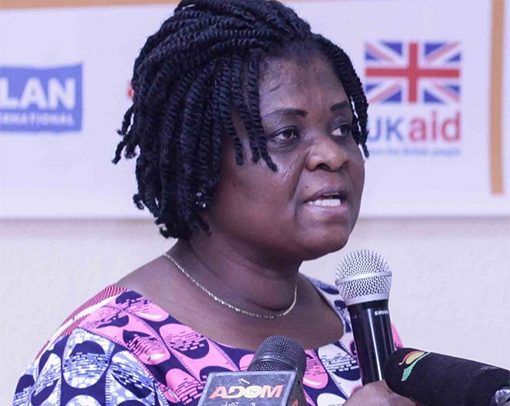 Head of the DV Secretariat of the Ministry of Gender, Children and Social Protection, Madame Melonie Asibi (above), says innovative interventions are necessary to reduce gender-based violence.

She indicates that survivors of GBV can access the needed support with these technological avenues without physically moving to the centre.

The OSC has twelve workstations, two counselling rooms, and a waiting room.

Madam Asibi says the centre has engaged with 8,378 people since it opened and provided 8,078 with information.

Through the OSC, 300 cases of gender-based violence have been attended to, with 224 still active by the end of December 2021.

Eighty cases have concluded successfully, and the centre halted another 21 due to client unresponsiveness.

Emphasising the scale and reach of the centre, she says the OSC addresses cases from all over the country and affords the highest standard of confidentiality to issues concerning Persons Living with HIV (PLHIV).

“I met him when I came to Accra to look for work. He helped me a lot,” says 20-year-old Fauzia Iddrissu (not her real name. She is a salesgirl at a shop in Pobima, a community located in Ga West in the Greater Accra Region. “He even got me this job, but his bad temper was an issue.”

Fauzia, who came to the city from Pudo in the Upper West Region, had finished her Junior High School (JHS) education and was in search of a job. Her five-year relationship with her boyfriend Abaga has not been all that rosy.

“He did many things for me initially, but then he started beating me after the third year because he said I stopped obeying him.”

Fauzia says she could not tell anyone of her ordeal or seek help. “And I was afraid he would beat me if I reported him.”

Fauzia lived with Abaga for two more years until May 2021, when he assaulted her over a misunderstanding.

“This time around, I knew I had to confide in someone. I told my friend Mamuna, a Kayayoo (head potter) at Agbogbloshie, and she gave me the OSC number to call. When I called, I told the lady my story, and she told me what to do. I reported the assault to the police, and they are investigating the matter,” she explains. Abaga has also left her alone.

Fauzia says she has since received psychological support from the OSC, which has helped her overcome her ordeal.

“Oh, the centre has been of great help to me! Even the way the ladies will talk to you and give you the help you need is very nice. If not for them, I would still be in an abusive relationship,” Fauzia says. “I have a job now to take care of myself.”

UNFPA resident representative Niyi Ojuolape says the demand for support through the OSC justifies the need for such an avenue to support survivors.

“The Orange Support Centre is working with the police to bring perpetrators to justice. We also provide legal, medical, and psychological support to survivors of gender violence,” Mr Ojoulape adds.